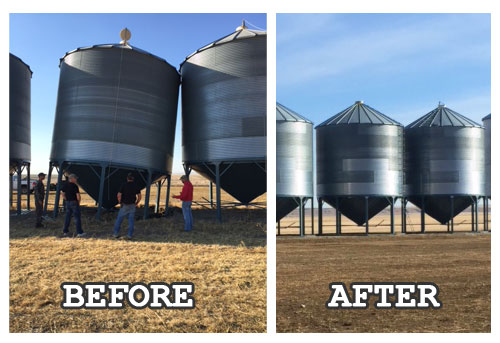 We were called upon by this farmer as his existing bin pad was too soft to support the weight of the fully loaded bins. We brought in pit run – 12” minus rock and gravel and GI Dirtowrks did the levelling of the new pad creating a very solid 18” base.

Lee wanted a very solid base for some 8000 bushel hopper bottom grain bins. We used pit run , topped with base packing gravel and it was then tamped. The bin was filled with wheat that fall and it did not sink even a fraction of an inch. Lee says it is like having a concrete pad. 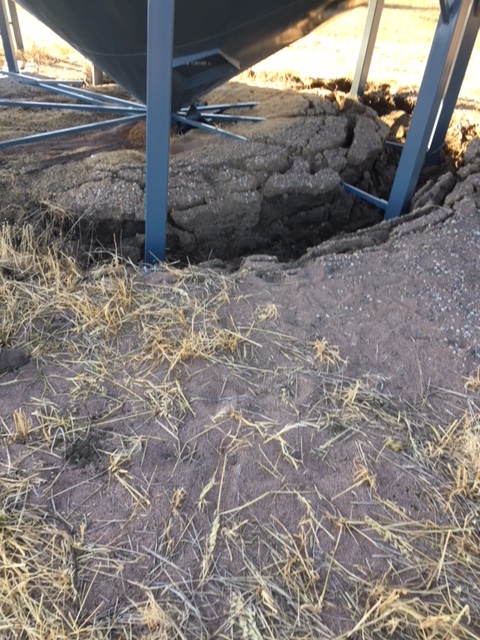 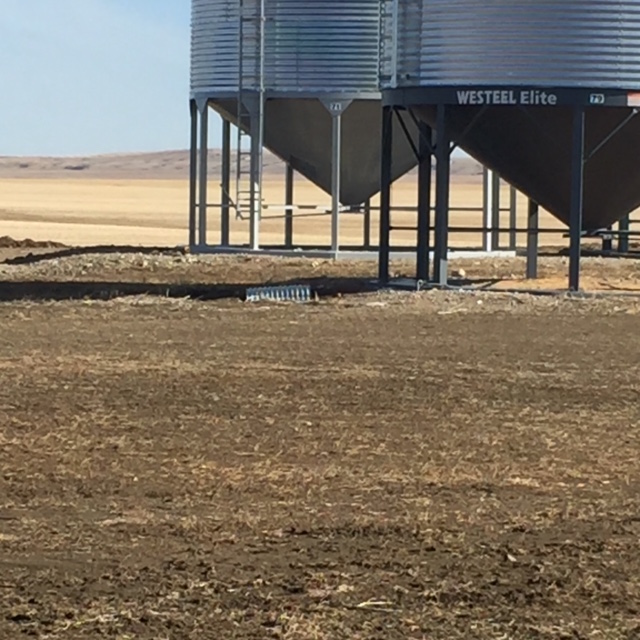 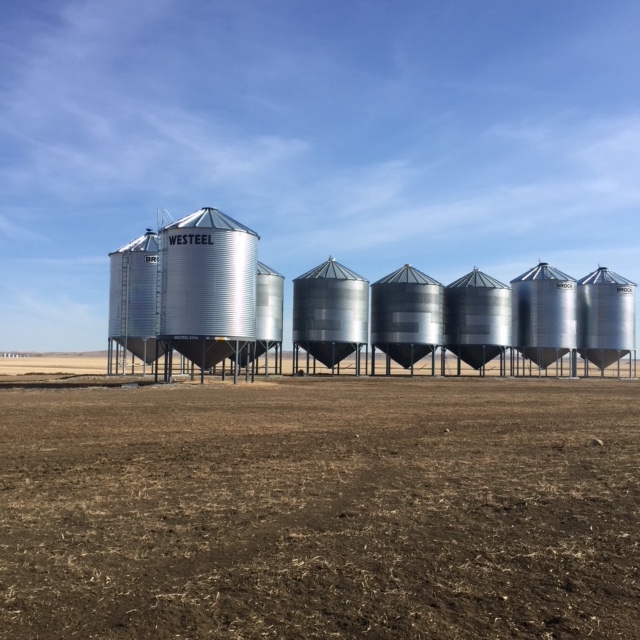 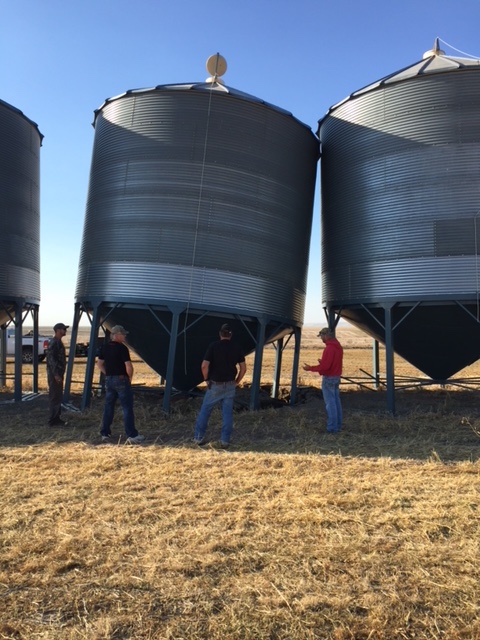 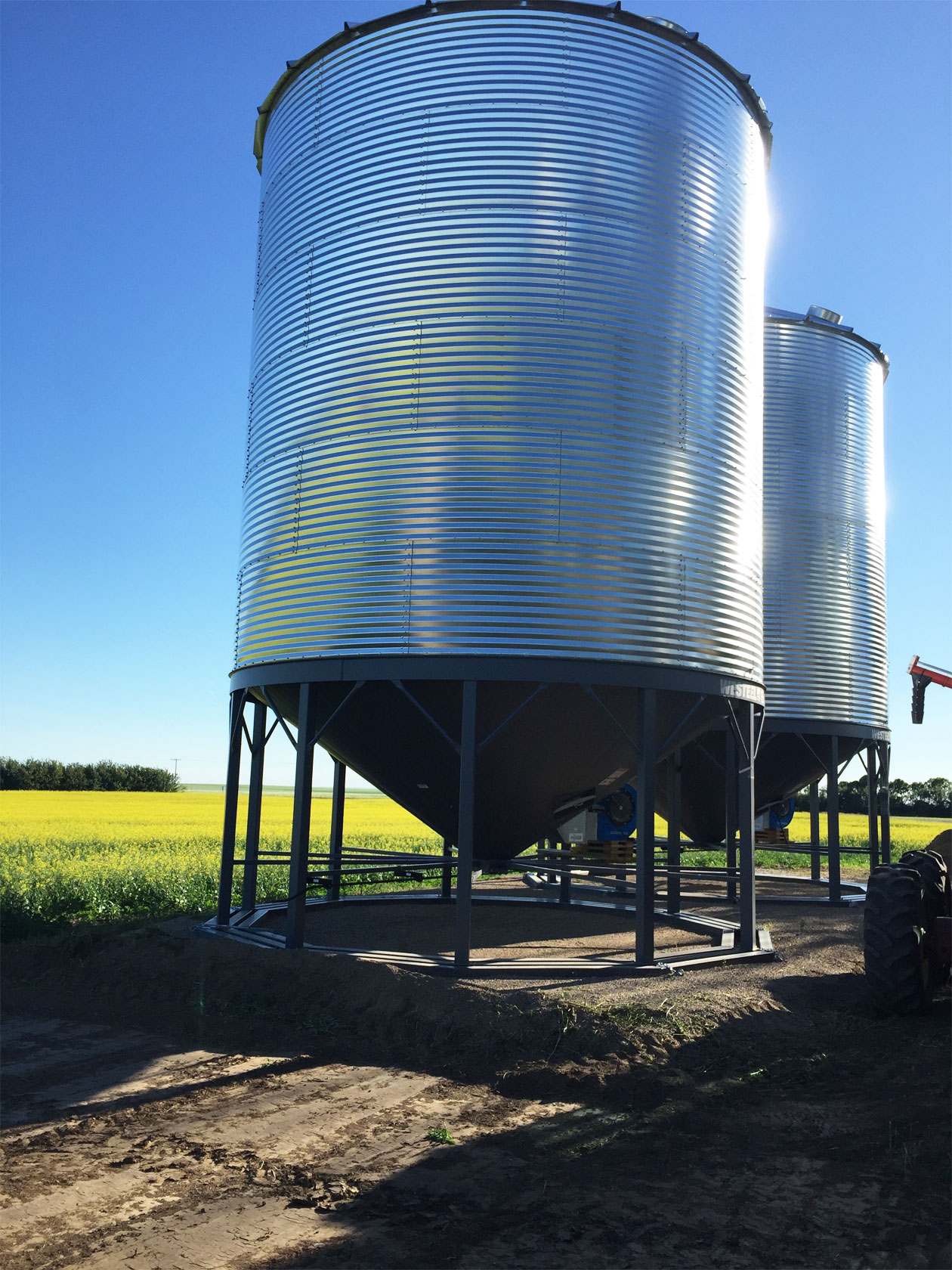 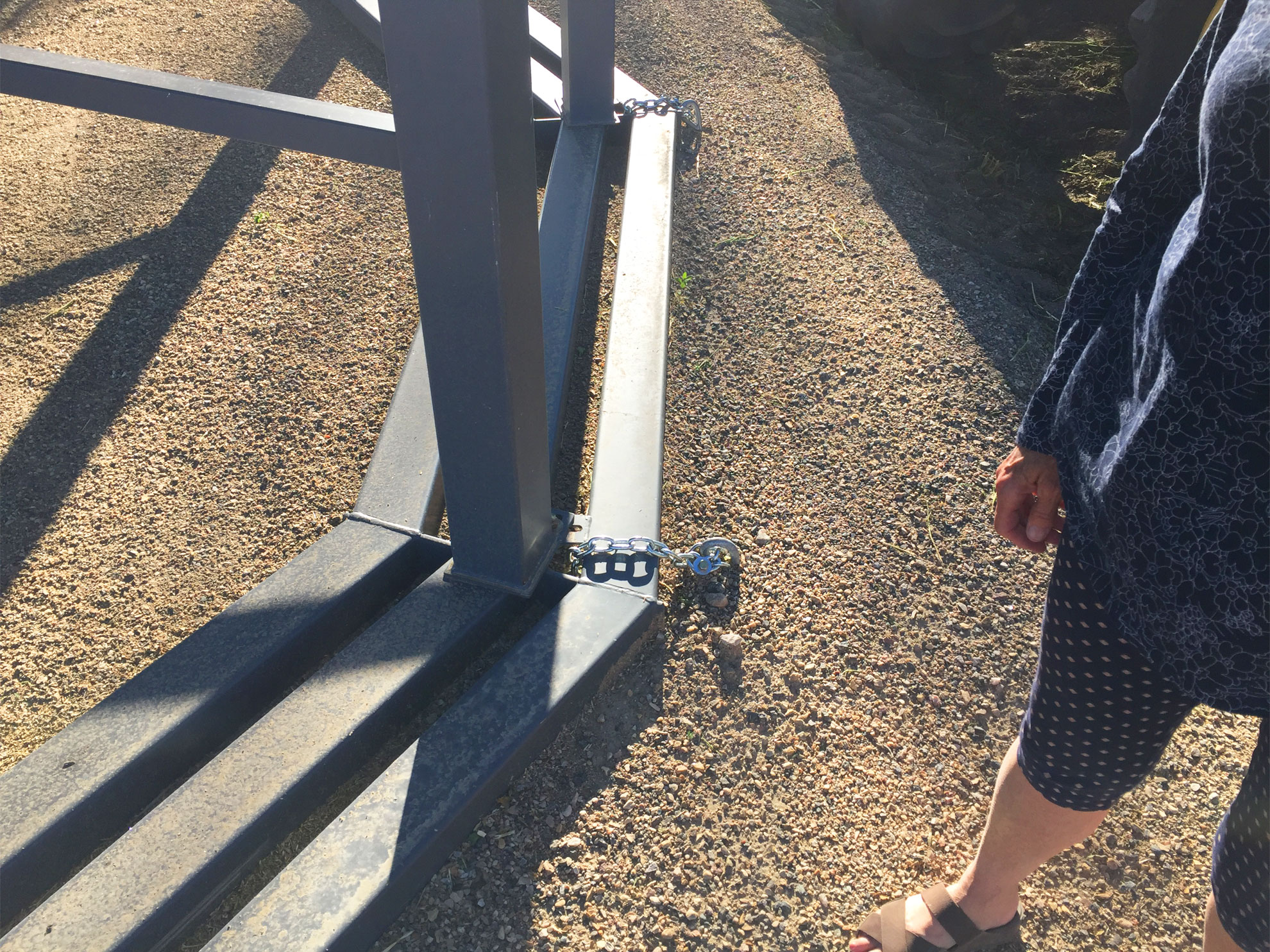 We are reliable and responsive to the time demands of the customer and aim to provide a quality product that meets your needs!